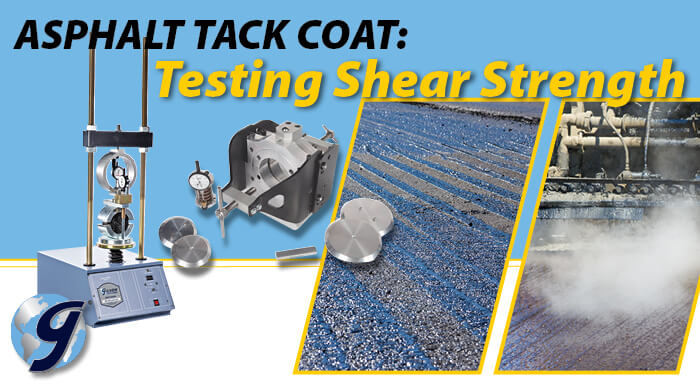 Modern flexible pavement constructions consist of multiple layers of asphalt materials, whether they are overlays on top of existing asphalt, Portland cement concrete (PCC) pavements, or completely new pavements over base course materials. These multilayer designs must act as a single unit throughout their depth to fully develop the strength required to resist wheel loads from heavy traffic. A tack coat is a thin coating of liquid asphalt or emulsion sprayed on the surfaces between lifts that produces a strong and uniform bond to allow the pavement layers to act as a single entity. Failure of the tack coat allows layers to act independently, and longitudinal cracking, fatigue cracking, delamination, and rutting can easily result. Even asphalt pavements with good densities can fail as a result of poor interlayer bond strength. A TechBrief released by the FHWA provides a comprehensive overview of tack coat materials, applications, and evaluations.

The criteria for material types and application rates for tack coats on individual projects have long been based on experience and empirical information. Because the tack coat performs such a key function in asphalt pavement design, it is critical to test its effectiveness in a laboratory setting. A number of test procedures have been developed and evaluated that measure bond strength by loading prepared specimens in direct shear, torsional shear, or tension. Direct, or linear, shear is a popular approach and some agencies have created methods that use laboratory load frames to produce shear forces on specimens.

The AASHTO TP 114 interlayer shear strength (ISS) test is a direct, or linear, shear method that evolved from the National Cooperative Highway Research Program (NCHRP) Project 09-40, Optimization of Tack Coat for HMA Placement. The study was conducted at the Louisiana Transportation Research Center (LTRC) and examined the effects of tack coat material types, application rates, and methods on bond strength. The measured values in TP 114 correlate well with field observation of pavements, predicting short-term cracking performance and verifying that ISS values of 40 or more are required for satisfactory performance.

ISS tests can be performed on field-extracted cores or laboratory-compacted samples consisting of two asphalt layers bonded with tack coat material. The popularity of the ISS method is due mainly to the simplicity of the procedure and the fact that it can be performed using common laboratory loading frames that are readily available.

The testing device to perform the ISS method is a fixture that positions the test specimen with the layer interface between a stationary reaction frame and a moving shear frame. A normal load can be placed on the sample through a calibrated spring. Models are available to test 4in and 6in or 100mm and 150mm diameter samples. 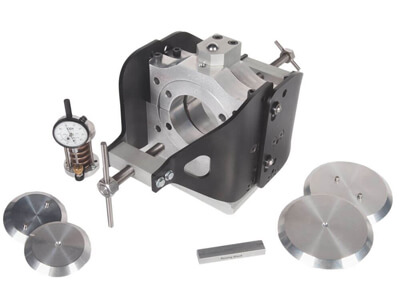 The fixture is designed for use in Marshall Stability Load Frames and laboratory load frames often used for other types of compressive strength tests. Loading rate and capacity are controlled by the load frame, but the fixture can perform at the rate specified in the TP 114 method, as well as speeds required for other methods.

To conduct the test, the specimens are conditioned to the test temperature of 77°F (25°C) for two hours and mounted in the ISS test fixture so the interlayer (tack coat) is positioned in the center of the shear plane gap between the moving and stationary frames. For field-extracted cores, the direction of traffic should be indicated in the sample. When the core is mounted in the testing device, it should be oriented so the direction of traffic is vertical, with the top layer positioned on the shearing (moving) side. A normal load of up to 30psi (207kPa) can be placed on the sample if required. The shear load is then applied continuously to the specimen at the rate specified in the procedure until failure occurs. The test report should include the ultimate shear load, interlayer shear strength, and total displacement, along with the location of the failure surface and other observations.

Applications for the ISS Test

ISS test results are valuable in all phases of pavement design, construction operations, and maintenance issues.

We hope this blog post has helped you understand ISS testing of asphalt tack coats and its importance for the strength development of asphalt pavement designs. Please contact us with your questions regarding this or any construction materials testing application.