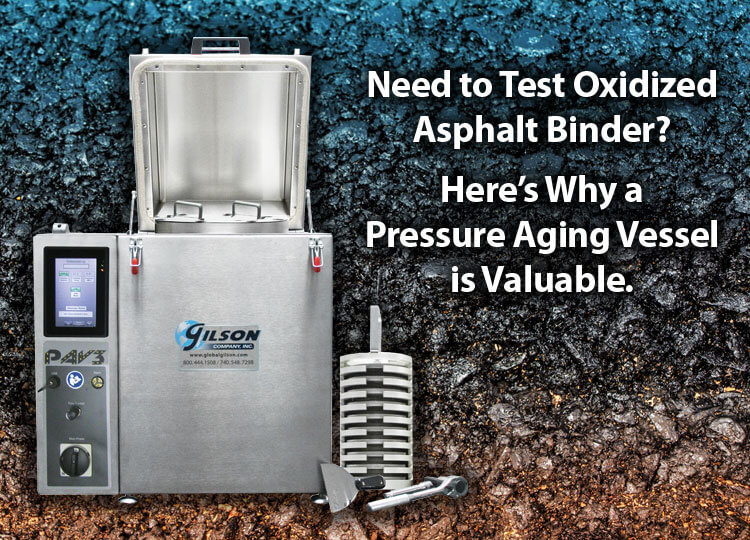 If you want to know how your asphalt will look in the future, you don’t need a crystal ball! This blog post will map out the background, advantages, and procedures associated with the Pressure Aging Vessel (PAV) for physical property testing of aged asphalt.

Oxidative aging of asphalt binder has a significant impact on the long-term performance of pavements, often resulting in deterioration and cracking. A method to simulate long-term aging of the binder is important for predicting this type of damage. The Pressure Aging Vessel uses heat and pressure to reproduce the effects of in-service aging over a 7-10 year period on asphalt binder.

As we covered in our previous post, the Rolling Thin Film Oven simulates asphalt aging during mixing and placement, while the PAV replicates aging during in-service life. In the laboratory, the (RTFO) simulates this short-term aging process on a binder sample.  PAV samples typically are obtained from binder residue previously aged in the RTFO and subjected to the accelerated aging methods described in ASTM D6521 This process is most often used in preparing for further tests of properties for characterization as performance graded asphalt binder in ASTM D6373 and AASHTO M 320.

The full procedure is described in ASTM D6521.

We recommend the HM-74 Pressure Aging Vessel to simulate long-term oxidative aging of your asphalt binder samples. This unit: